Bon Finix has become a household name on the Czech dance scene over the past years. He has held residencies at Prague's top clubs and has performed at many festivals across the region including Creamfields Central Europe, Summer of Love, Pleasure Island and Polish mega-festival Tunnel Electrocity. Bon Finix leaped to the next level in late-2009 with his debut track 'Quantum Leap' and the follow-up single 'Catwalker' was featured on Tiesto's Club Life radio show. Since then he has released a hand full of original productions and remixes on labels like Musical Madness, Big In Ibiza and Fektive Records. 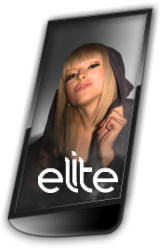 Elite is without a doubt the Czech Republic's best female house DJ. She kick started her career in Ostrava’s highly respected Fabric club. Her talent and musical diversity immediately made a good impression amongst promoters and clubbers alike, and was soon receiving high profile bookings from the legendary Roxy club, as well as festival slots at Creamfields and Hradhouse. Elite's track record includes an official mix CD, a front cover for the Xmag magazine, guest appearances on a number of radio stations, a warm-up set for Tiesto in front of a sold-out arena and appearances at the Loveparade in 2007 and 2008. Thanks to her energetic and eclectic sets she has won over fans from all over the Czech Republic and beyond – Hungary, Italy, Finland, Morocco, France, Cyprus, the UK, Germany, Colombia, Turkey, Lebanon, Dubai, Abu Dhabi, Qatar, Malaysia, and the list goes on. The combination of funky pumping club music and her likeable, extroverted image has made her highly in demand. Without a doubt, this talented young lady has a very bright future lying ahead of her.